Drinking pure water is one of the healthiest things you can do for your body. It hydrates your cells, flushes out toxins and leaves your body rejuvenated. Ideally, pure and safe drinking water would come right out of the tap. However, tap water that is safe to drink is unfortunately not a guarantee.

Whether your water comes from a well or from a public utility service, there is a decent chance it is host to contaminants. Among the most dangerous contaminants is radium, a radioactive element that finds its way into water supplies and threatens Americans in many parts of the country.

In this article, we will answer these questions and also illustrate the radium problem with some background and statistics. Let’s begin by looking at exactly what radium is.

Radium is an element that occurs naturally in the earth’s crust. However, unlike other naturally occurring elements like potassium and carbon, radium is radioactive. This means it has an unstable nucleus and naturally decays, emitting harmful alpha particles and gamma rays in the process. When these bundles of energy come into contact with human tissue, they can damage DNA. This leads to improper replication and can cause cancer.

Radium is present in soil and rock. Because it decays, it usually takes the form of one isotope or another — Ra-226 and Ra-228 are two common isotopes of radium. The whole family of radium and its isotopes are at a low concentration in earth’s crust, around one part per trillion. However, the amount of energy a single atom is capable of releasing makes it especially dangerous.

To give some idea of the dangerous amount of energy stored in radium, consider that its name was based on the word “ray.” Its discoverers named it this because it was emitting particles with an energy three million times greater than those emitted by uranium. Uranium, keep in mind, is what powers nuclear reactors. Radium is truly powerful, and priority should be given to removing it from drinking water so that it cannot release this power on our internal organs.

How Does Radium Get Into Drinking Water?

Radium is naturally present in certain deposits of soil and rock, depending on local geology and geography. It is a bigger problem in some areas than others. In areas with radium deposits, water that is taken from bedrock aquifers — that is, well water as opposed to surface water — can host levels of Ra-226 and Ra-228 that surpass the levels recommended by health experts.

Radium deposits tend to be located deeper in the bedrock crust. For this reason, domestic well water has a lower likelihood of contamination than public utility operations, as domestic wells tend to not be as deep. However, radium has been identified in wells of both public and private ownership. While public utility providers are required to regularly test for radium, it can be present in private wells without owners being aware of it.

In the humid flatlands of central Texas lies the town of Brady, a place that has recently been a center of national attention. According to the nonprofit Environmental Working Group, 170 million Americans have radium in their drinking water — and Brady provides an example of what can happen as a result.

Recent transplants to Brady have found that many residents avoid drinking the town’s tap water altogether. Instead, they are reaching for bottled water to stay hydrated. The reason is that the city’s water has unsafe levels of radium. Whereas the EPA allows 5 pCi/L as a maximum safe level, the town’s levels were nearly twice that at 9.25 pCi/L.

The reason for this contamination starts with geology. The area of the country in which Brady is located is naturally home to larger amounts of radium. This radium seeps into deep aquifers, which the city relies on for its drinking water. This is a concern for everyone in the town, but the truth is that radium in drinking water is a concern for people nationwide. The Environmental Working Group performed a five-year study and found that radium exceeds legal limits in utilities located in 27 states.

Difficulties in Finding a Solution to Brady’s Problem

To give some idea of what is involved in fixing a radium contamination problem, consider that Brady would need an entirely new water treatment plant to fix their radium problem. Such a plant would cost $20 million. For a town with a population of 5,500, that means nearly $4,000 per person. For a town where the median income is just $17,927, or 63% of the national average, this is an extremely high bill to pay on top of regular taxes.

Gathering enough state funding to fix the water treatment plant is bound to be difficult. This illustrates one of the key problems with radium contamination: fixing it on a large scale is difficult, particularly for smaller communities whose citizens would have to bear the majority of the fees.

The burden of fixing current problems with our drinking water facilities will ultimately rely on policy, funding and governmental support if change is to be made on a large scale. However, until then, those who want to be assured their drinking water is clean will have to take matters into their own hands. Carbon block filters are an effective means of getting radium out of drinking water before it enters the body.

For now, Brady is considering how best to handle the problem with its drinking water. While its struggles with funding for a new water treatment plant are real and pressing, the larger picture is just as important: radium is a problem, and it is a widespread one.

Facts and Statistics About Radium

In the previous section, we stated that the EPA set a maximum limit of 5 pCi/L for radium in drinking water. This is only part of the story, however — the actual safe limit set by the EPA is 0 pCi/L, or no radium at all. The 5 pCi/L is simply the limit at which they can enforce the law. That means the EPA has determined that no amount of radium is safe in drinking water, and yet 27 different states contain excessive levels of it.

Radium is actually formed by the decay of uranium and thorium, two other elements that are present in most rocks. Because radioactive decay is continuous, this means a continuous amount of radium is being produced. It does have practical uses: it is used in radiation treatments for patients with cancer, in metal radiography and in conjunction with other metals to calibrate radiation instruments. Radium’s atomic number is 88. It has a high melting point of 1,285º F, which explains why only its byproduct, radon, takes gaseous form.

Additionally, radium decays into radon. Radon is a gaseous carcinogen and another significant problem in public health and safety. It tends to accumulate in basements, where it can cause cancer in inhabitants who breathe it. According to the National Academy of Sciences, only cigarette smoking tops radon as a cause of lung cancer.

Marie and Pierre Curie discovered radium in 1898 when they were able to withdraw just 1 mg of the substance from 10 tonnes of uranium oxide. They were able to identify it as a new element because it created novel spectral lines. Additionally, this new element glowed a faint blue color in the dark. This glowing was the result of air around the sample being excited by emitted alpha particles. This explains why radium used to be used to give paint a luminous glow.

What Are the Risks of Radium Poisoning and Exposure?

Radium enters drinking water and remains as a solvent, where it can then enter the body and follow water to various internal organs. Radium cannot be seen, smelled or tasted in drinking water, so there is no way to know of its presence without proper testing. Note that radium poses a threat mainly when the water is either drunk or cooked with, but it does not pose a significant threat when used for other purposes like bathing. This is because alpha particles cannot penetrate human skin.

When radium enters the body, only a small fraction of it is absorbed by the intestines and ferried to different parts of the body. The majority of it passes through the digestive tract and leaves with the rest of our waste products, including urine. However, the radium that remains in the body is distributed to different tissues and bones. Radium is said to behave like calcium. Unfortunately, instead of strengthening bones it harms them from within.

When radium settles within our organs and tissues, it continuously emits alpha particles that cause damage to surrounding cellular structures. Studies have been done on workers who were subjected to dangerous levels of radium and similar alpha-producing matter. In these workers, radium may have been responsible for immune system depression, ocular cataracts, anemia and brittle teeth that fracture easily. Additionally, radium has been associated with an increase in risk for cancer of the liver, breast, and bone.

How Do I Know If There Is Radium in My Water?

As we have stated, there is no way to tell using your eyes, nose, or mouth. A professional test must be done to determine if radium is present in your water.

Doctors can perform a urine test to determine if you have been exposed to radium, while another test examines your exhaled breath for indications of radon exposure. These tests are limited only to a yes or no answer. They cannot give conclusive answers on how much radium you have ingested or if you are at risk for cancer.

If you own a well, you can hire a professional to perform a water test and see how much radium is in your water supply. If you live in a city or another area serviced by a utility company, that company is lawfully required to let you know if radium levels surpass the 5 pCi/L enforceable level. You may also perform a test on public water to determine radium levels if you desire, as no amount of radium is considered safe.

How Do I Remove Radium From Water?

Removing radium from water so that it is at a safe level can be accomplished using a number of methods. One of the most effective is a carbon block filter utilizing fine-grade, micron-level filtration to mechanically remove contaminants from the water. Activated carbon block filters also use the process of adsorption to remove organic compounds, microbes, chlorine, and other contaminants from water.

Request a Quote for a Custom Filter

If you are concerned about radium or other contaminants in your drinking water, there is no better time to protect yourself and your family than now. Carbon block filter technology has advanced by leaps and bounds in recent years, and it is now possible to ensure safe drinking water in your home and business.

CB Tech systems are unequaled in filtration power. Products include drinking water systems installed at the sink, at the structure’s point of entry, in the bathroom, in hotels, or in recreational vehicles. Our products are NSF certified, guaranteeing exceptional quality and performance. CB Tech systems are renowned for their ability to protect people from harmful contaminants found in drinking water, and their ability to do so has been third-party tested and verified.

One of the biggest advantages of carbon block filters is their ability to purify water of bacteria, viruses, and more without using chemical additives or external power. Our custom filters combine flexibility with superior performance, allowing customers to receive timely and effective solutions to their filtration needs. CB Tech’s laboratory, manufacturing center, and assembly facilities are all closely integrated to ensure the utmost quality and efficiency.

Contact CB Tech today to inquire about a custom filter for your home or place of business. 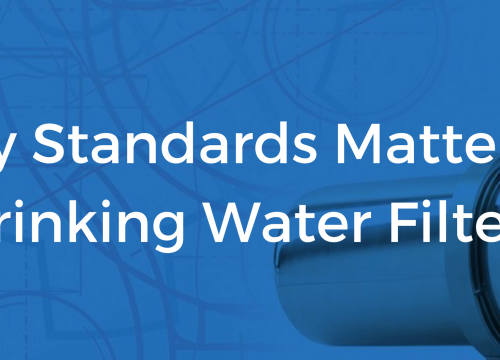 NSF Standards – Why They Matter For Drinking Water Filters 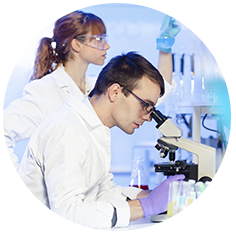 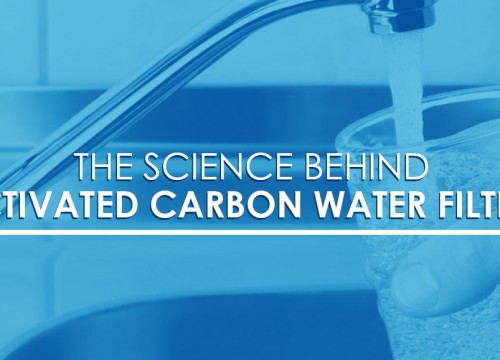